Let’s just admit it,  ears actually look super weird. They look frumpled up and make me think of a crumpled up cloth. We tend to think of ears as super random and I have seen many artists simply drawing little squiggles to depict them.

In this lesson, I will show you how to make sense of ears with an easy drawing technique. One you can use to either draw ears from memory or from a reference. 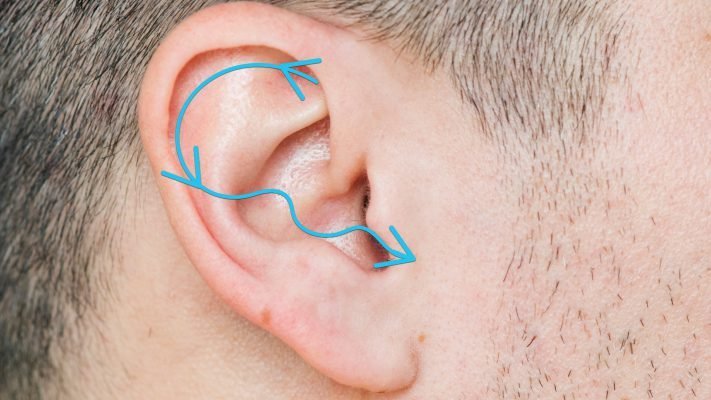 Placing the ear on the head

As artists, we need to know where to place the ears correctly on the head. When drawing a portrait from the front your ears are in line with your browline and your nose. This only applies to adults and not children and the elderly. More on this later.

When drawing the ear on the side of the head the ear still remains in line with the brow line and the length of the nose. You will notice the ear start where the jaw enters at the central horizontal line. The ear is not in line with this centre line. It is tilted away from the centre line. If you draw the head using the Loomis method the ear is located in the lower quadrant of the circle. 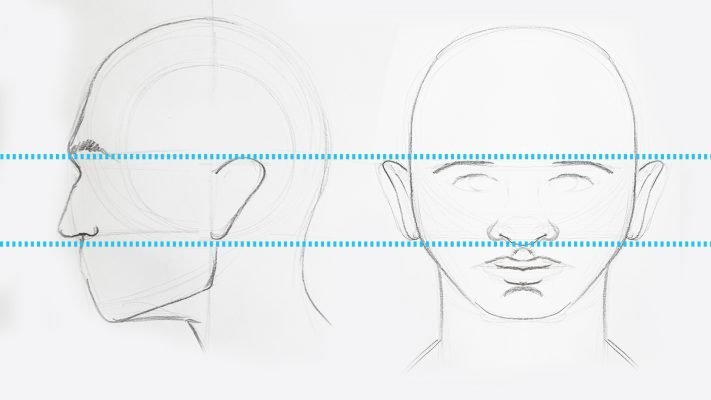 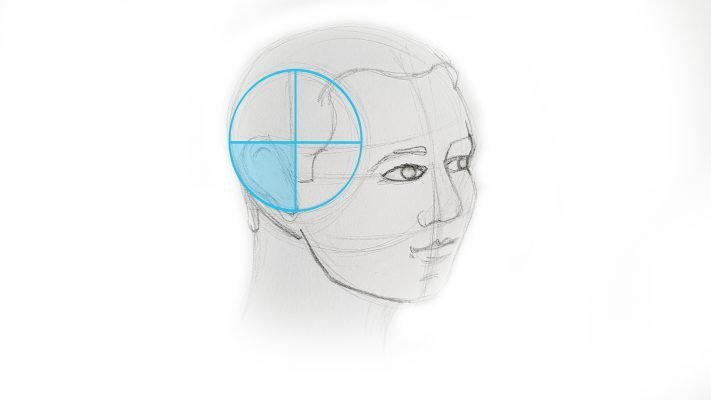 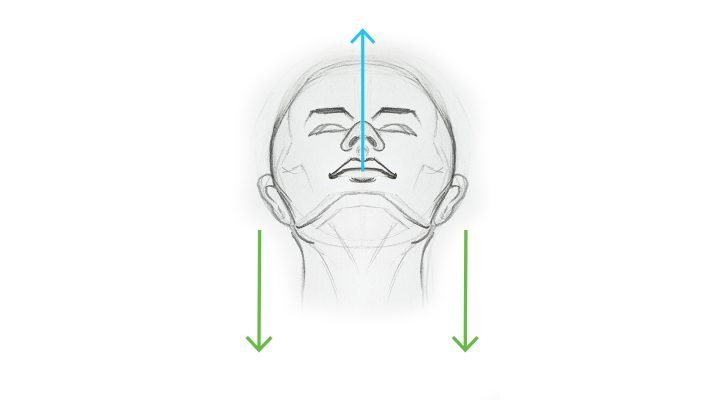 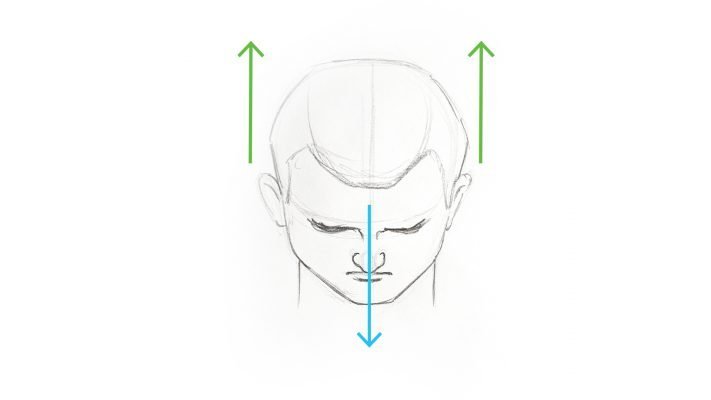 Now that we know where to place the ear on the head we move on to make sense of all the creases in the ear. A super-easy way to break it down is to think of the number 9 and the letter y. Do you see the resemblance?  Remembering this number and letter is a helpful way to not only simplify ears but to also draw them from memory. 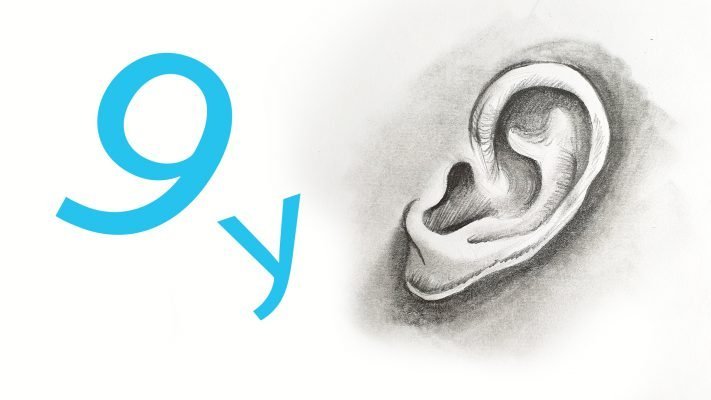 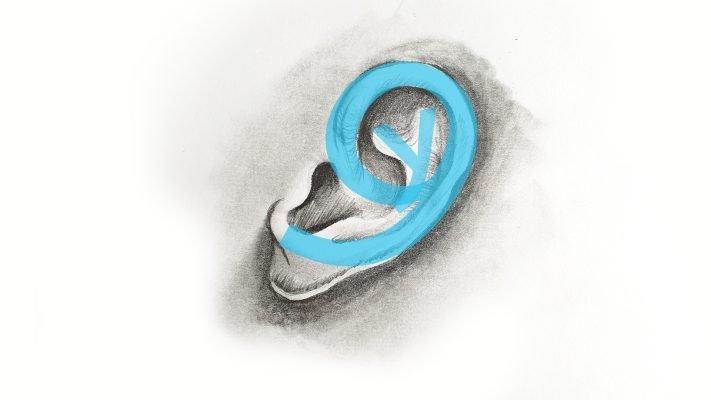 Structure of the ear

Now let’s take a closer look at the structure of the ear to analyse the folds in the ear even more.

Ears come in many shapes and sizes and peoples conchas and helixes really determine how far the ears protrude from the skull or how big they look. We also get various lobule. A hanging one and an attached one.

Regardless of the drawing techniques in this lesson always observe carefully. Draw what you see and not what you think you see. 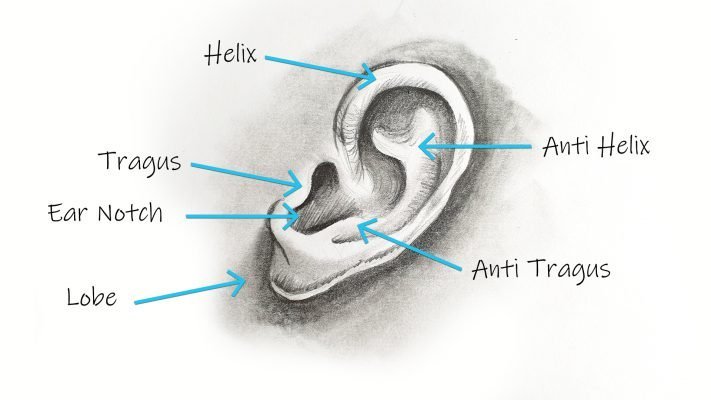 How light falls on the ear

Regardless of your subject matter you always need to determine the direction of your light source when doing art. When the light source is coming from the general right-hand top corner light tends to fall on the ear like this. The top of the Helix is lit as well as the bulge of the Anti-Helix and Anti Tragus. This cast dark shadows on these areas. The darkest value usually indicates the entrance to the ear tunnel. 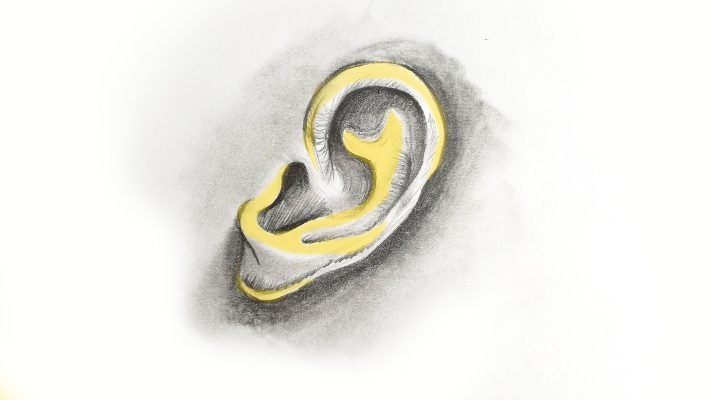 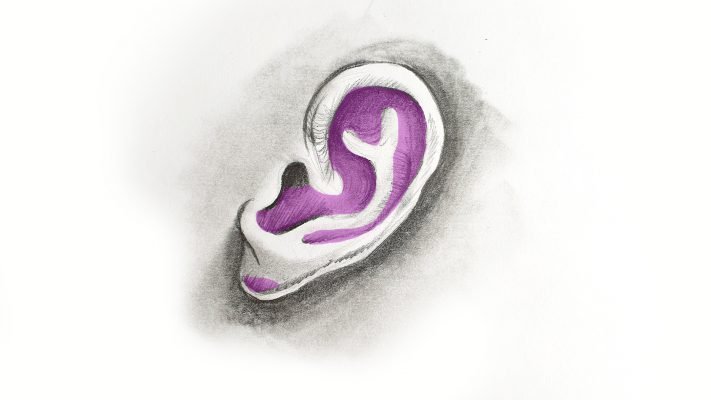 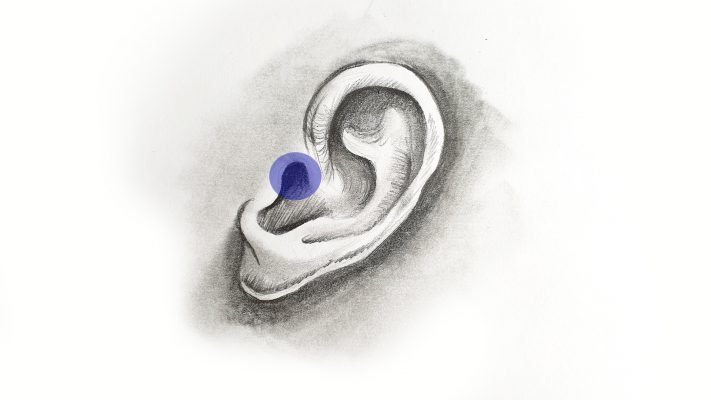 When shading the ear be aware of the contours. The indents and bulges. This usually helps me a lot in determining which edge of the Helix, Anti-Helix and Anti Tragus catches the light and which edge is cast in shadow. 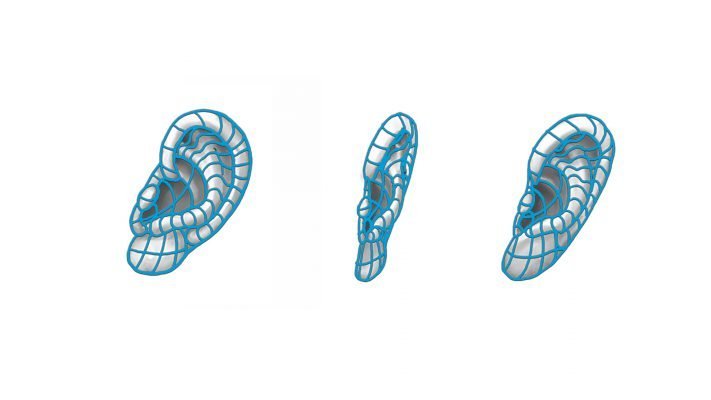 As an artist, you also need to be aware of how ears change through the different stages of life. Babies have the cutest little ears. To me, they look like they are made out of icing sugar, so cute and petite….but then we start to grow up. Bones, stop growing after puberty and muscle and fat cells also stop dividing. But cartilage – that’s the plastic-like stuff in ears and noses – cartilage continues to grow until the day you die. Not only does cartilage grow, but the earlobes elongate from gravity. And that makes ears look even larger! I’ve seen some old men with massive noses and long droopy ears.

Familiarise with the basic shapes of the ear. Practice the 9Y-technique. See if you can add the shading as well.

Now draw the ears from various angles. See if you can determine the heads main axis by looking at the ears. 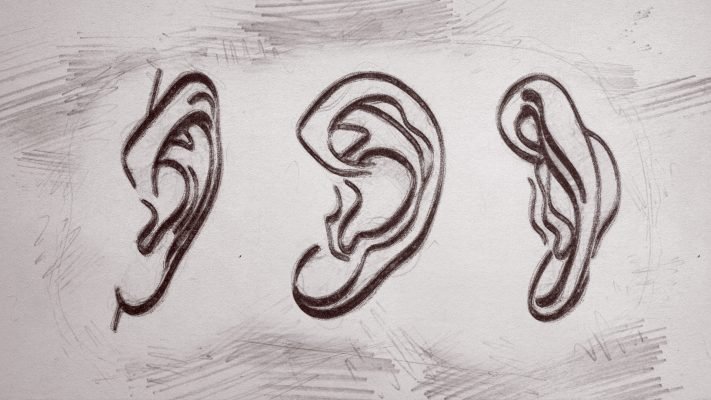